Bhindi Masala is a popular Indian dish made with okra, onion, tomatoes & spices! This stir fry is best enjoyed with warm rotis.

Okra or bhindi as it’s called in Hindi is a very popular vegetable in India. I think after paneer (which though is not a vegetable but most definitely treated like one in India), bhindi must be everyone’s favorite veggies especially kids. 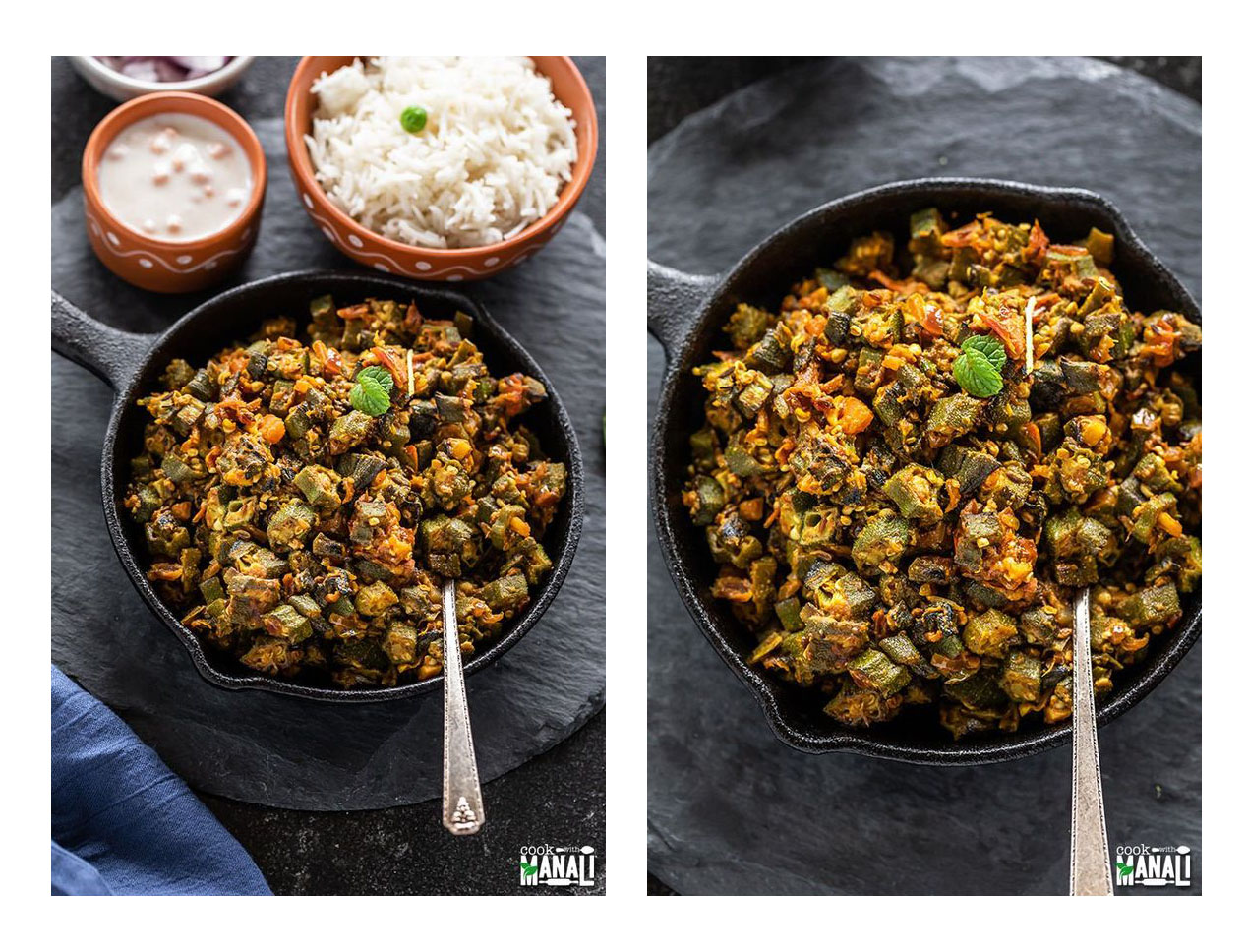 Fun fact: Okra is also called ladies finger in India! The only reason I can think of is that the variety of okra that grows there naturally is long and slim in shape instead of short and fat. Conjures a weird picture in the mind, for sure! Have okra with some warm naan and a salad for a simple but satisfying meal.

Not only is bhindi tasty, it also has some amazing health benefits.

✓ rich in folic acid and vitamin B6.

✓ half cup of raw okra has only about 16 calories!

If you are following the very popular keto diet these days, bhindi will be a great addition to your menu. 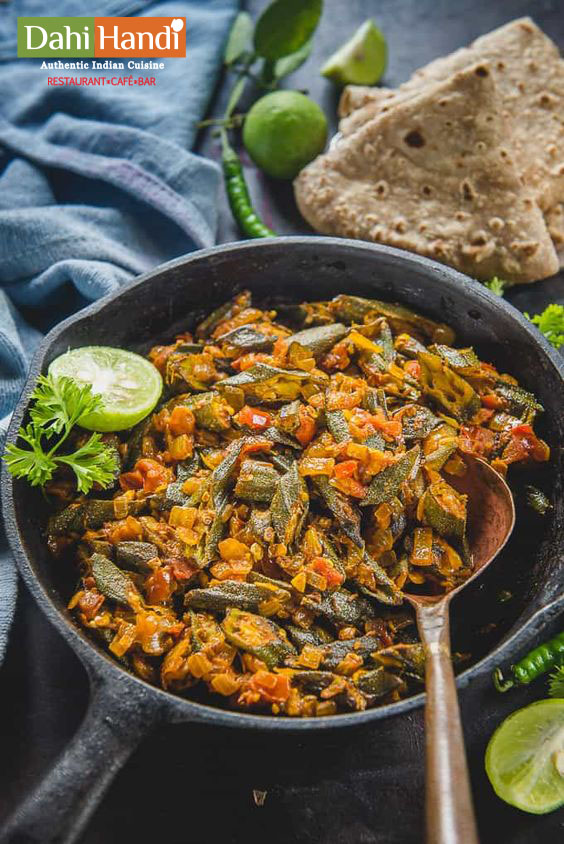 How to Make Bhindi Less Slimy?

If you cook bhindi often, then you are well aware about this problem – the sliminess!

The vegetable exudes a substance called mucilage which makes it slimy. So how do you make it less slimy/sticky? 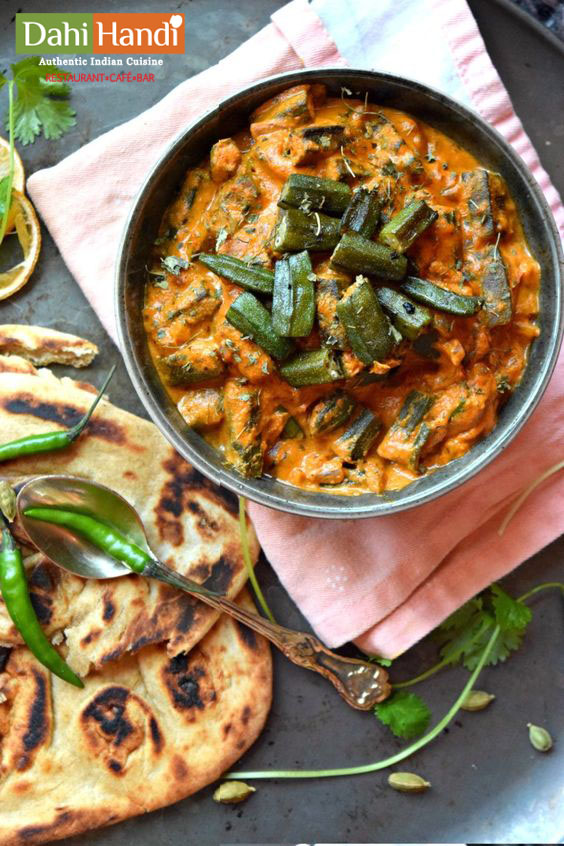 How to make Bhindi Masala?

We start by cooking the bhindi first until the sliminess almost goes away. Once that is done, then we cook the masala and then add the cooked bhindi to it. Simple isn’t it?

And the best way to serve it? With warm roti and dal. That’s my personal favorite but of course you can serve it whatever you like – paratha, rice.